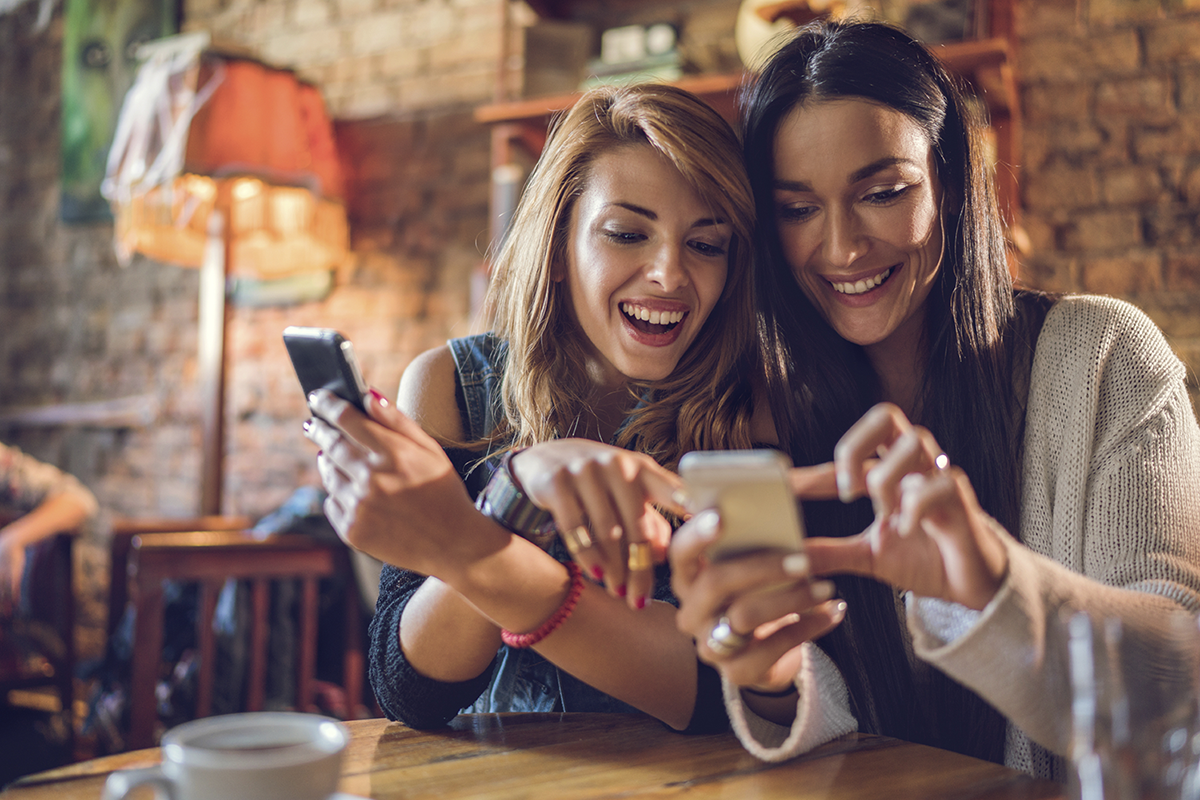 When we think back to a time when technology wasn’t as pervasive and fluid as it is today, we wax nostalgic, and maybe also cringe a little.

Once, long ago, before smart phones, touch screens, and Tinder, there was a time where society collectively cringed at the very notion of texting and instant access. It was akin to the line of thinking: “what’s the point in texting when I could just call someone and talk to them?”

Take a moment. Let that sink in. Flash forward over a decade later to where someone calls you and you think to yourself “what’s the point in calling when they could just text me?”

Before your smart phone was your alarm clock, navigator, how-to guide, date-finder, and moral compass, it was the clunky, annoying device that you had to carry around with you in instances where you needed a ride home from your parents (did you drink too much punch at your high school dance?)

Now? It’s hard to imagine life without it.

We’re on the cusp of another cultural shift. The kind that promises to be just as life changing, in which ten years from now, we’ll surely look back as a society and think: we can’t even.

Blockchain technology is the friend with all the benefits. It’s the sort of person you’re really into but aren’t sure about just yet. After all, you’ve been down this road before: you get attached, you’re swept off your feet, go on a roller coaster of emotions (whatever, roller coasters are fun), and in the end, they break your heart, stomp on your trust and you’re back to nursing your pride. We get it. Before you’re ready to commit and put yourself out there again, you want to test the waters with a little bit of non-exclusive, full on friends-with-benefits action.

Nothing wrong with that.

At its most basic, Blockchain is an incorruptible digital ledger of economic transactions, publicly recording everything and completely revitalizing the world of finance. It’s a trust cake walk. There’s virtually no way it’s going to let you down. The perfect way to test the waters.

But the beauty of this technology is not just that it’s transforming how we transact – it’s shifting virtually everything of value.
Blockchain is doing what cell phones did over a decade ago. It’s an evolutionary game changer that’s yielding a cultural shift, changing everything from how we communicate, vote, undergo medical procedures, even mundane tasks, like filing insurance claims and birth certificates. We’re seeing it tied to registering social media accounts, creating smart contracts, and new ID. Seemingly every business, institution, government, and individual benefits in profound ways. Even Sweden is using blockchain to slowly introduce a cashless society.

So whether you want to admit it or not, blockchain and all its suave and hip clout may be more than just a friend. It’s the life changing, once in a life time love that you didn’t realize you were looking for until it stumbled home with you one night after swiping right on your phone – my, technology, look how much you’ve grown.