Update From The President. 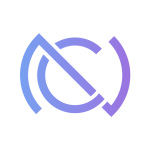 With the final touches for the year-end audit having being done, it is an excellent time to provide a bit of insight and some relevant historical reference. An audit, at the best of times, is an arduous adventure as everything which the Company has done is laid bare in the most public of forums. As time consuming as it is, it does provide for an opportunity for the Company to examine itself with much introspection. This process validates what we are doing, where the Company is and where the market has to mature to in order to become mainstream. When we are faced with questions such as “we are not sure as to how to account for that” it really does highlight that the Company is at the forefront of the industry from a number of perspectives. As what has been stated in previous blogs, the Company does not have the luxury that some of our “competitors” have as the level of scrutiny that NetCents has to undergo is something that many others in this space would not be able to stand up to.

Given all that has transpired within the crypto-currency sector over the last year, the Company is in good shape and investor confidence has remained quite consistent. While Bitcoin prices have fallen almost 60% over the last twelve months and many companies which were high flyers in this sector are either no longer in operation or have taken a substantive step backwards, NetCents has bucked the negativity in the market place and has made substantive strides forward. With approximately 55 million shares outstanding on a fully diluted basis the Company is well structured. This has not occurred by chance. Rather, it has been a result of a consistent effort to minimize share dilution at lower share price levels while still maintaining sufficient capital in the Company to keep the Company progressing through smaller strategic capital raises.

At the current share price, the market cap base is around $50 million dollars. That, however, does not tell the entire story, as I (we) believe that NetCents is somewhat undervalued.  A few months back, the Company decided to test this hypothesis and enlisted the services of an independent third party business valuator to provide some insight as to what NetCents is worth given existing contracts in place, contracts in the pipeline, platform infrastructure, etc. All the relevant data points and variables were run through a very sophisticated discounted cash flow model and the Business Enterprise Value indicated a share price of about a seven-fold multiple as to what is presently being seen in the market.

While current revenue is not where we had initially projected it to be, the Company is moving in the right direction. Once non-cash items are removed, operating losses for the year ending October 31, 2018 are approximately $4.4 million. Throughout the last twelve months the Company has been very much focused on doing the spade work and creating the delivery mechanism so that we can now say the Company probably has the ability to directly link to over 4 million merchants. So, what does that mean? Well for starters it enables NetCents to double down on its efforts to really drive the sales process through the many linkages which have been created with the ISO’s and merchants to deliver more revenue.

The next year will not be without its challenges but the Company is far better equipped and situated now to deal with them than it was twelve months ago. The focus for the Company will be to drive sales efforts to meet revenue targets.