Fact vs Fiction: What is Crypto Really Used For? 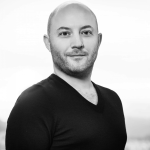 In my previous article, I talked about the voices that you need to watch out for in the crypto world. But what do you do when these headlines are so incessant that you can’t drown them out any more!? Talk about newsfeed pollution. Crypto myths are just so common.

It’s only human to start to believe something when you hear it over and over again. Especially when society tells you that these articles are from ‘reputable sources.’ As if CNBC knows anything about crypto…

Headlines like this are not only irresponsible, they’re downright lies! I’ve said it before and I’ll say it again. These large media outlets only care about clicks. Fake news, conspiracy theories, whatever you want to call it. I’ve had enough. Let’s dive into some of these myths and see what’s really at play here.

The Supervillain of Currencies

Unsurprisingly, most of these criticisms don’t focus on any one cryptocurrency. They’re all painted with the same brush. It’s as if they couldn’t tell them apart if they wanted to!

At least these crypto skeptics are right about something. Criminals are definitely using one type of currency for dark deeds. They use this form of currency to buy and sell illegal drugs, finance terrorism, and more.

And I think you already know exactly what we’re talking about. It’s cash.

Crooks use cash to commit all kinds of crimes, every single day. Yet no one is out here trying to ban cash because they use it for money laundering. In fact, criminals launder $1.6 trillion in cash every year. But noooo, crypto is the real risk here. 🤦

With cash, we seem to have common sense that most use cases are legal. And guess what? It’s exactly the same with crypto. In fact, crypto is even more above board because transaction data is recorded for anyone to see. That’s called transparency. Get it right.

Between crypto myths of money laundering to tax evasion, cryptocurrency is having a hard time shaking its bad reputation. Let’s take a moment to dive into some of these common myths that we often see on our newsfeeds. So, next time your Aunt Susan brings up how sketchy crypto is, you’ll have some material to fire back with!

And is there more illegal activity happening with crypto over cash? Definitely not. Chainalysis proved the opposite. In their report, they stated cryptocurrency-related crime fell significantly in 2020. Even more interesting, Chainalysis reported that scams are the most common crypto crime. Scams accounted for 54% of illicit activity in 2019. Not terrorism, drugs, or money laundering. After all, you can’t believe every headline you read.

What is Crypto Really Being Used For?

Well, you can use cryptocurrency to donate to your favorite charity. Just look at Fidelity Charitable. They took in nearly $30 million in crypto donations in 2020. Overall, two-thirds of their donations were non-cash assets.

You can also pay for products and services from any merchant that accepts crypto payments. If your favourite business isn’t doing this already, they might just need a little nudge. 😏

Simply put, people use cryptocurrency for the same things as traditional currencies. Crypto is money, and money is a tool. People can use crypto for for good or evil, but it depends on the person who uses it. And cash remains the #1 funding method for criminals. I guess when you go on a printing spree, some of that cash ends up in the wrong hands.

Fear, Uncertainty, and Doubt: the Fuel for Crypto Myths

Cryptocurrency is over 12 years old. Even though it’s no longer a novel technology, it doesn’t mean that people aren’t still warming up to it.

Do you remember when computers were starting to get popular? People freaked out about the damage they could cause. Flashback to the Y2K hysteria. In 1999, people were convinced that computers would cause the collapse of the global economy. Why? Because they wouldn’t be able to properly format dates anymore.

In hindsight, that’s totally ridiculous. But isn’t the current anti-crypto hysteria just as ridiculous? 10 years from now, a lot of people are going to look back and feel really dumb. Crypto is here to stay and the sooner you can realize that, the better.